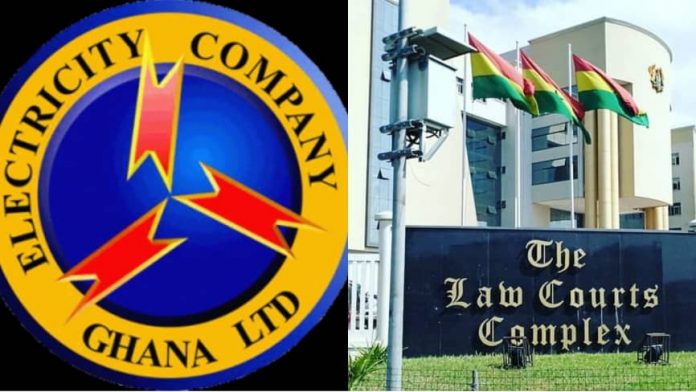 The Electricity Company of Ghana (ECG) has disconnected power supply to the entire Law Courts Complex in Accra.

According to Onuaonline sources, the courts owe the power distribution company a tariff to the tune of GH₵900,000.00.

When the news team visited the complex, the entire courts were blacked out.

Court proceedings were ongoing with judges and other court workers sweating profusely.

They had opened the windows for some ventilation inside the courts.

The only place seemed to be having some power is the law school because they have a power plant.

Some intelligence picked by the news team on the grounds indicate the complex was initially using post paid metres which have been replaced with prepaid.

However, the ECG says until the outstanding bills are cleared, they will not reconnect the power.

The team’s observation also revealed judges have transported printers from the courts to their homes to print out documents for proceedings.

Watch below a video of ongoing proceedings without power when Onua TV’s Ohim visited the complex.