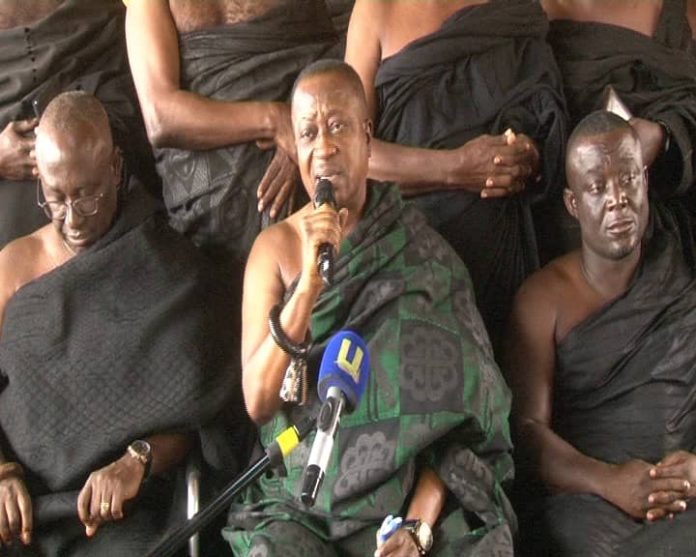 Some residents of Kumasi, the Ashanti Regional capital, believe the shutdown of Oyerepa FM by the Kumasi Traditional Council is a bit harsh.

The residents who spoke with Akoma FM’s Ibrahim Abubakar say though it is in the right direction for the Council to punish the FM station for allowing their medium to be used to perpetuate comments deemed unsavory by the Council, shutting them down is far fetched.

“It is good they punish them but shutting them down is a bit too harsh. They should revise the punishment and ask them to deliver a proper apology because the station is someone’s business,” a resident has said.

Another averred “Yes, there is freedom of speech but you can’t just say anything you want. It is good they were punished but the chiefs should consider the owners and open the station for them.”

Acting President of the Council who also doubles as Bantamahene, Baffuor Amankwatia VI announced this when a delegation from Oyerepa radio and TV appeared before the Traditional Council to render an apology over comments made by Akwasi Addai Odike against Manhyia on their network.

Odike, who was a guest of a political show programme on Oyerepa FM, lashed out the traditional leaders in Ashanti Region for failing to fight against illegal mining.

He accused the chiefs of engaging in galamsey since they’re looking on unconcerned to the destruction of water bodies and forests.

This comment angered the Kumasi Traditional Council, claiming it is a form of rebellion against the Asantehene, Otumfuo Osei Tutu II.

Baffuor Amankwatia VI stated “you gave Odike the platform to say all that he said without caution. If you want us to accept your apology and show remorse, then announce to your listeners that you’ve erred and apologize.

“Again, if you want Manhyia to give you hearing, then you have to close down your radio station from Friday, August 26, until the pending issue is resolved. If not, we won’t take it lightly when you appear before us again,” he added.

‘I can’t go to Manhyia to apologise until…’ – Odike