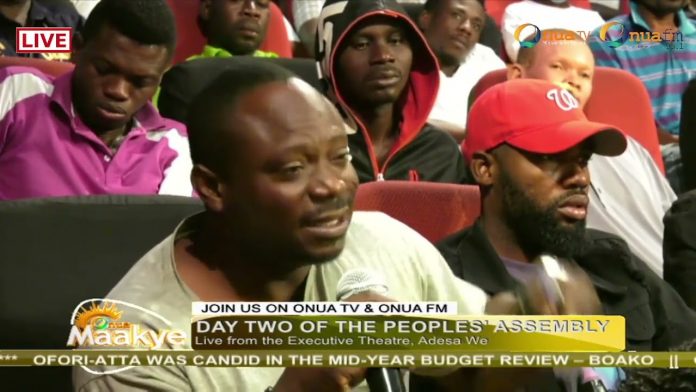 A Ghanaian youth has advised his colleague youth in Africa not to vent their spleen only on their leaders but also on foreign forces.

The young man believes the insecurity in Africa is an orchestrated agenda by the Western world to destabilize the continent to take control.

Making his contribution at Onua TV’s Peoples’ Assembly Tuesday, July 26, 2022, he intimated the incessant coup d’etats that have characterised the continent have compromised the regional security, making it volatile for all the negativities there is.

He therefore urged that, after tackling the corrupt leadership in Africa, the Western world must be made to know their sort.

Watch him speak in the video below: